The Future will be silent E.P

The Future Will Be Silent (EP) 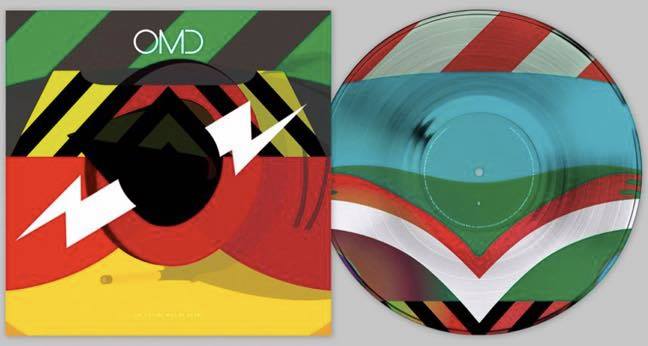 In addition to latest album 'English Electric', April 2013 saw the release of an exclusive OMD 10" E.P. picture disc to celebrate Record Store Day. As well as three other tracks from the album, the record also included exclusive track 'Time Burns'- a short but hypnotic wake-up call to the modern world that could have been plucked straight from 1983 LP 'Dazzle Ships'.

The title track, on the other hand, would sound as appropriate played at a nightclub as it would on someone's car stereo, and refers to the reduction of industrial 'waste noise' over time (a concept which Andy McCluskey summarised in an interview upon the record's release). '...As the world has modernised, the accidental audio by-products, waste products, of the things that have become concrete music are going to be less and less because the designers have designed out the waste, so that the machinery of the modern world has actually become more silent', he explained.

Complimenting the hypnotic appeal of the tracks are the eye-catching record sleeve and picture disc, designed by Tom Skipp (who also designed the artwork for the 'English Electric' album itself). Combining 'brutally simple, dynamic energy' (a quote from Peter Saville, OMD's original sleeve designer) with the luminous colours and geometry of the various shapes, the design perfectly compliments OMDs typical style of music.

If the group continue to release material in this vein- rich and satisfying, yet often robotic and mechanical- and of this standard, however, I am sure that this reviewer is not the only one hoping that the future will most definitely not be silent.