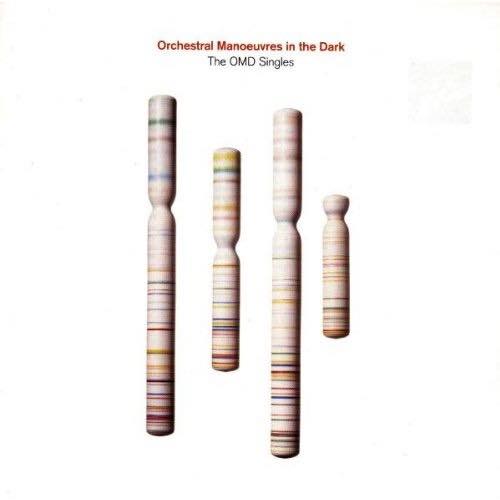 Track Listing:
Electricity
Messages
Enola Gay
Souvenir
Joan of Arc
Joan of Arc (Maid of Orleans)
Tesla Girls
Locomotion
Talking Loud and Clear
So In Love
If You Leave
(Forever) Live and Die
Dreaming
Sailing On the Seven Seas
Pandora's Box
Call My Name
Dream of Me
Walking On the Milky Way

Released by popular demand, 'The OMD Singles' included most of the group's popular songs that were released from 1979-1996. However, although the songs included are- as fans will expect- generally of the highest quality, the track listing isn't. Omissions of important songs in the group's career, such as 'Secret' (the group's second song to chart on the US Billboard Hot 100) and 'Red Frame/White Light' (their first single to chart in the UK, and a fan favourite) make it more of an extended version of the 1988 'Best of OMD' album, rather than a complete singles album, which would probably have been what the majority of fans would have preferred.
As a compilation album overall, this offers a good introduction to OMD- although nothing more than that. To really understand and appreciate their music fully, it is studio albums such as 'Architecture and Morality, 'Junk Culture' and 'Crush' that are essential to listen to