2008 – OMD Live Architecture and Morality and More CD and DVD 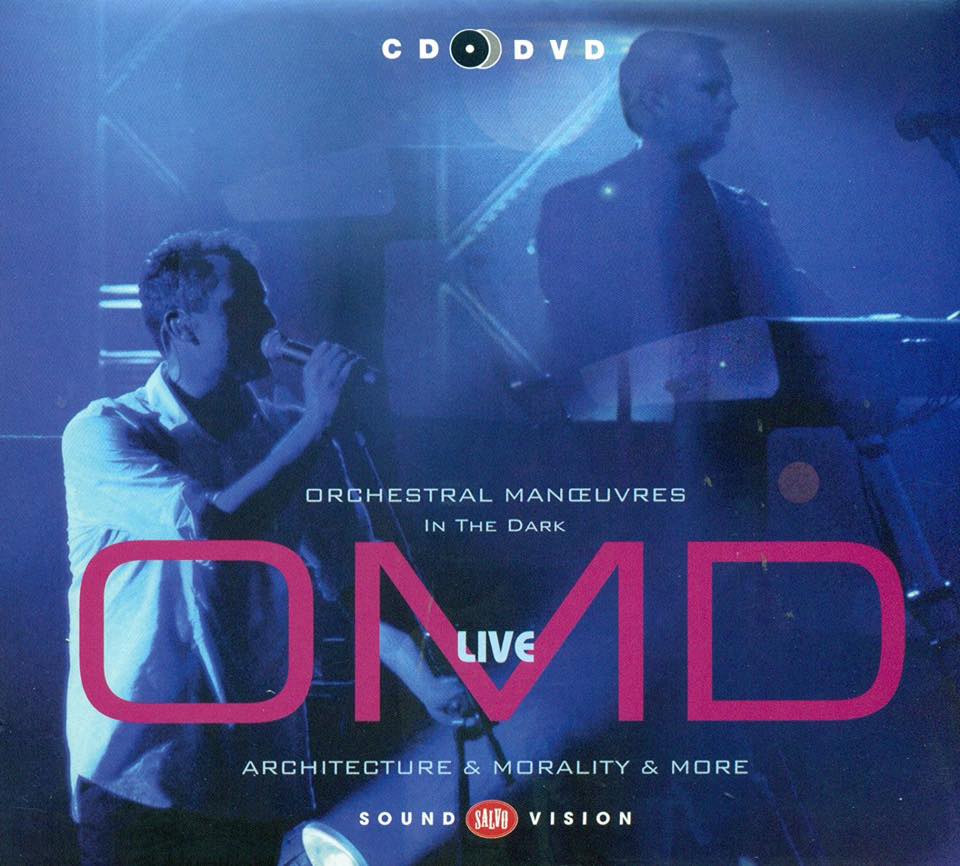 Recognised not only as the group's most successful album, but also as one of the go-to albums of early '80s electronic music, 'Architecture & Morality' had a lot to live up to when the OMD decided to perform it in its entirety on their 'comeback' European tour in 2007 at the Hammersmith Apollo in London. As well as being recorded for a live CD, the performance was also filmed for an entertaining- if occasionally audience-dominated- live DVD, both of which prove more than sufficiently that OMD were (and still are) a band who knew how to keep their audience up on their feet and begging for more.

In terms of the concert itself, the most notable aspect is that tracks played from the 'A&M' album (numbers one to nine) are in a different order to that of the original. Perhaps, though, this is a good thing; inevitably it keeps the audience on their toes as it means they don't know what's coming next, and also results in the focus being taken off the fact that the band- not because of any decline in musical ability, but simply due to technical limitations- would never be able to completely recreate the same endearing ambiance that made the album as popular as it was upon its release in the chilly, gloomy November of 1981.

The contrast within the album- the tunefully naïve, and perhaps better-known songs ('Joan of Arc', 'Souvenir'), with the occasional rippled of an ominous undercurrent on the noticeably darker tracks (particularly 'The New Stone Age' and the title track)- is, in a way, reflected in this live album and DVD. For one band to go from the soaring choirs of 'The Beginning and The End', to the defiantly unique yet satisfyingly catchy 'Messages', then to the overt pop of 'Tesla Girls' is an achievement in itself, but to then go on to deliver another ten hit singles showcases enormous achievement and, perhaps, a large slab of electro-pop irony, for a group that, at its conception, were determined to remain as far from 'pop music' as they possible could. 'We're not pop, we're experimental!' Andy McCluskey once declared, describing how he and Paul initially felt when they were told they were writing pop songs.

Although there is no doubt that OMD's later songs were nowhere near as 'experimental' as their earlier work ('Architecture and Morality' sounds drastically different, and a great deal less commercial than their last album of the 1980s, 'Pacific Age'), going from the very audible reaction of the audience that can be heard in between every single track on this album and DVD, it doesn't sound like anybody minds.