Thank you to Imogen Bebb‎ for sending in this review.

Andy McCluskey Speaks at 'Seventh Wave' Electronic Music Conference- Birmingham and Midland Institute, Birmingham, 12/11/16-----------Yesterday (12th November 2016), Andy McCluskey came to the Birmingham and Midland Institute to talk about his thoughts on electronic music- particularly about how the genre developed, what he felt were its most important aspects, and how he foresees it moving forward in the future.

As always when he is speaking, McCluskey was friendly, open and relaxed, meaning that even though he talked about some rather complicated topics (a fact which he admitted himself!) his audience seemed genuinely interested the whole way through.

One of his primary focuses was on 'concept', and particularly how the concept of mechanical efficiency and human emotions (or 'architecture and morality', as he put it) had not only fascinates him, but has also- obviously- inspired much of music. He also spoke about the 'concept' of electronic music itself- what defines it, and what will define it in the future? Who decides whether music is electronic or not? And, considering these are a first world questions ('there are people in the world struggling to feed their children!' McCluskey reminded us), does it really matter?

He also touched on things that had changed since he first began making music. 'Thirty years ago, a ticket [to a gig] would cost about the same as an album...about £3.99. [Nowadays] an album costs barely double the price, and a ticket will cost more than ten times that much! Well, ten times that much to see OMD...for any other band it would be a hundred times that. We're value for money, folks!' He joked.

For fans still interested in OMD's current music, McCluskey also confirmed rumours that the group's new album is called 'The Punishment of Luxury', and includes a song titled 'La Mitrailleuse' (meaning 'The Machine Gun'), inspired by a World War One painting by CRW Nevinson.

McCluskey's hour-long talk was also followed by a half-hour question and answer session. 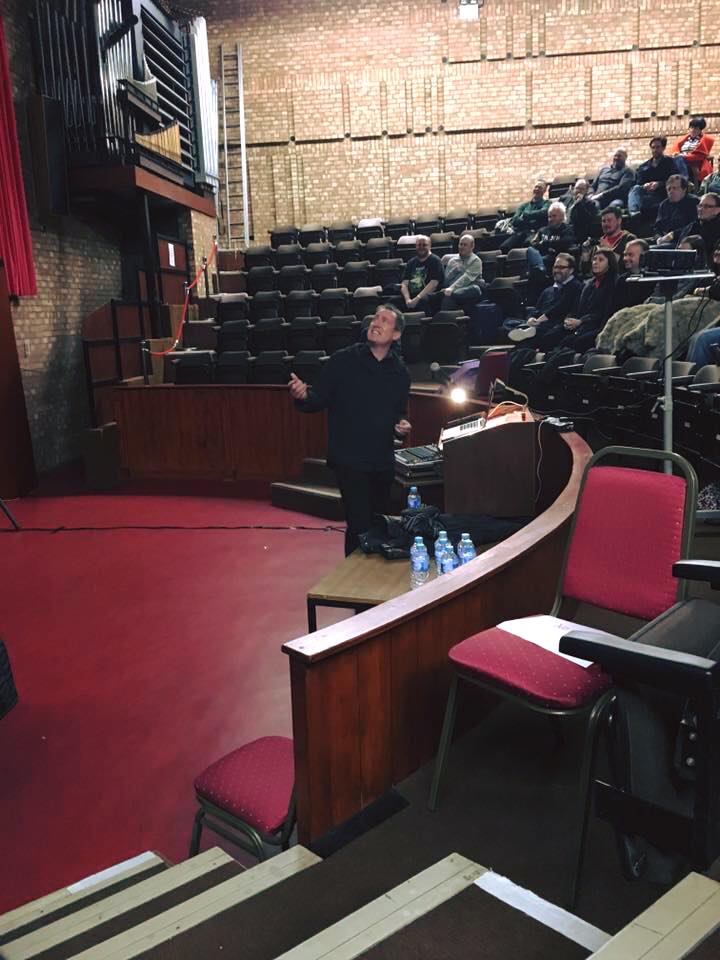