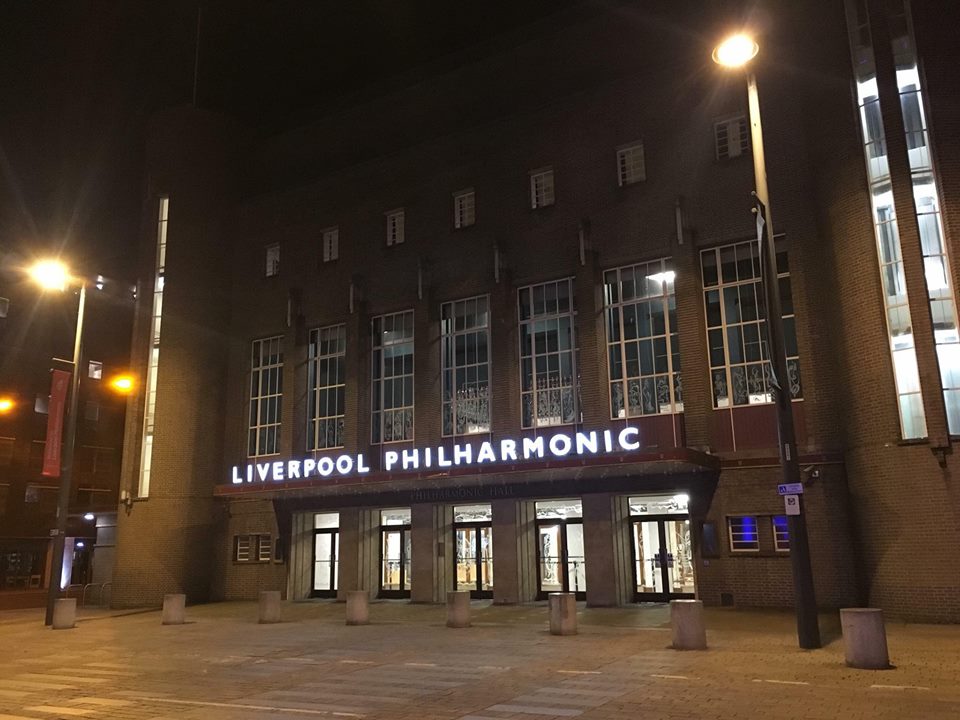 Most will realise by now that I consider OMD to be one of the best live acts around at the moment, particularly when compared to some of their ‘80s contemporaries. And these two gigs- the second time the band has performed with the Liverpool Philharmonic Orchestra- cemented this fact, despite the differences between these concerts and a ‘usual’ OMD gig. On tour or at festivals the general opinion is that it’s the band’s energy (particularly lead singer Andy McCluskey’s performance and ability to hold an audience) that makes them stand out from the crowd. These two concerts, on the other hand, showed us a different side to OMD, and whilst there was admittedly the occasional bout of ‘windmill dancing’ from McCluskey (and indeed certain audience members during the second half), the primary focuses were the songs themselves and their intricate orchestral arrangements. 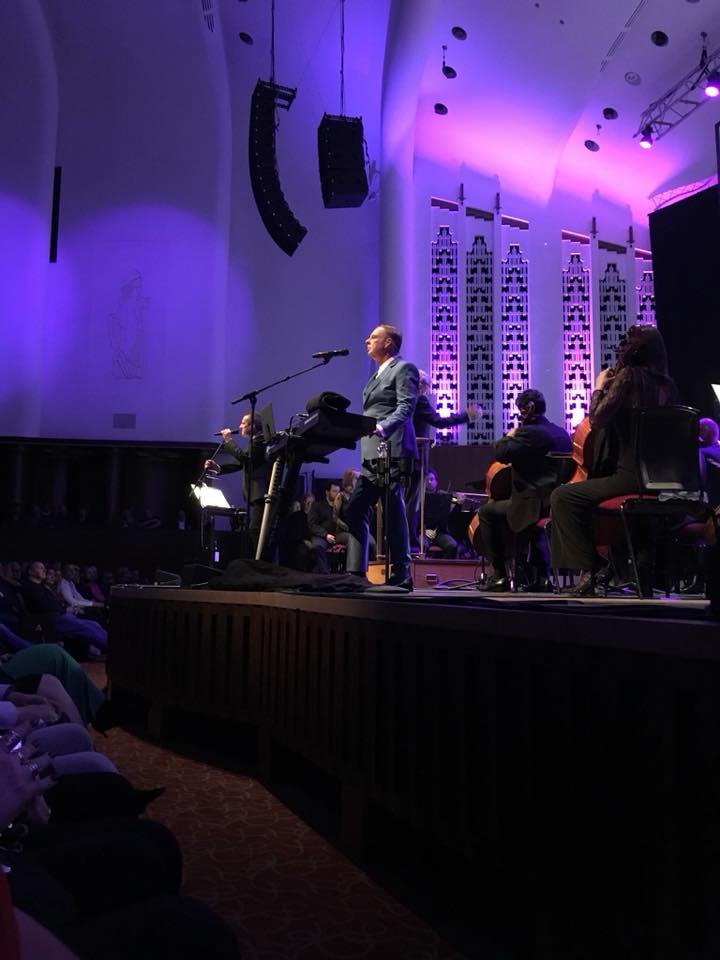 One of the most interesting things about the set was the changing dynamics between and within the two halves, and in particular the emotional effect that this had on the audience. Certain tracks from the first half (where the ‘obscure’ songs were nestled) like ‘Stanlow’, ‘Sealand’ and the stunning ‘Ghost Star’ left most of us reaching for tissues, whilst the breezy realism of ‘90s b-side ‘The New Dark Age’ and the moving effortlessness of ‘The View From Here’ were both transformed into something strangely uplifting. 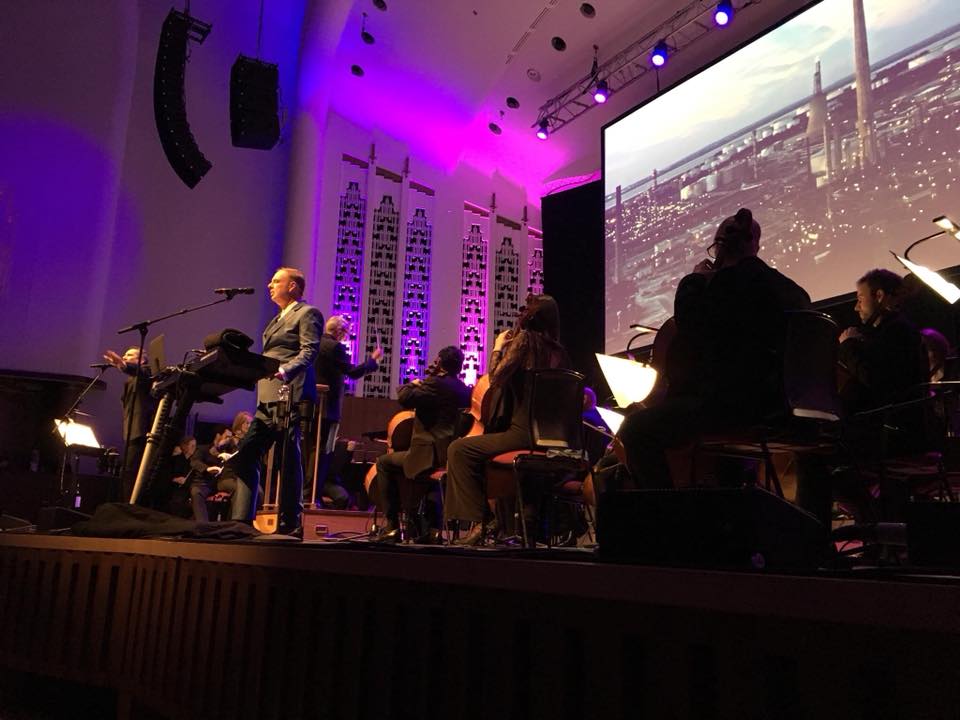 If the first half was for the hardcore OMD fans, with its ambient album tracks and brand new instrumental ‘The Daughter of the Minotaur’ (possibly the highlight of the evening), then the second half was probably more to the taste of a casual listener.

Saying that, whilst we were presented with some hits and better-known songs (‘Enola Gay’, ‘Talking Loud and Clear’ (complete with McCluskey messing up the lyrics on the first night), ‘Messages’ and ‘Souvenir’ to name just a few), we were also treated to ‘All That Glitters’- a heart-wrenching ballad from 1991’s ‘Sugar Tax’ album’- and ‘The Native Daughters of the Golden West’ from 1985’s ‘Crush’. The latter in particular was clearly one of the audience’s favourites on the Saturday night, erupting into cheers as McCluskey belted out the final note that he had been ‘dreading for months’. From that point onwards the atmosphere became significantly more relaxed and once people started standing up, it finally became recognisable as an OMD gig.

From what I have seen so far the concerts have received no bad reviews, and rightly so; not only did they prove that McCluskey and Humphreys have more than earned the title of ‘the Lennon and McCartney of synth pop’, but also that, as OMD, they are relevant as ever.

Let’s hope McCluskey keeps to his promise and that OMD will return with more orchestral gigs in the not-so-distant future. 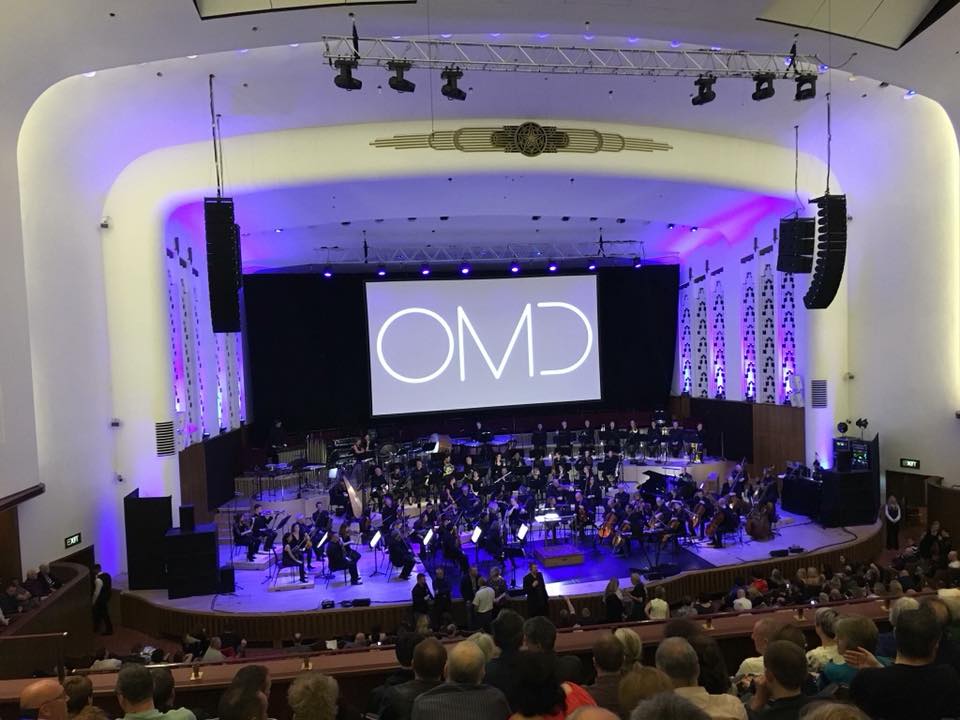 The Motion and Heart site is always looking for fans to do gig,single,album,DVD and anything else reviews. Do contact us .