Tonight the Netherlands will celebrate Saint Nicolas,but not for me and my 11.5 year old daughter.

3.00pm Dutch time we are on our way to Tilburg,which is not far away from me.

There we have a meal and meeting some friends from uk,Belgium,Germany and of course the Netherlands.

The music was nice,but not my thingy.The singers voice was in my opinion monotone ,but the basist was amazing he was dancing on every song they played.

I have to confess that I prefere the Tiny Magnetic pets.

At 21.00 OMD started.I’ve noticed in comparing with the UK tour Andy didn’t make much jokes. 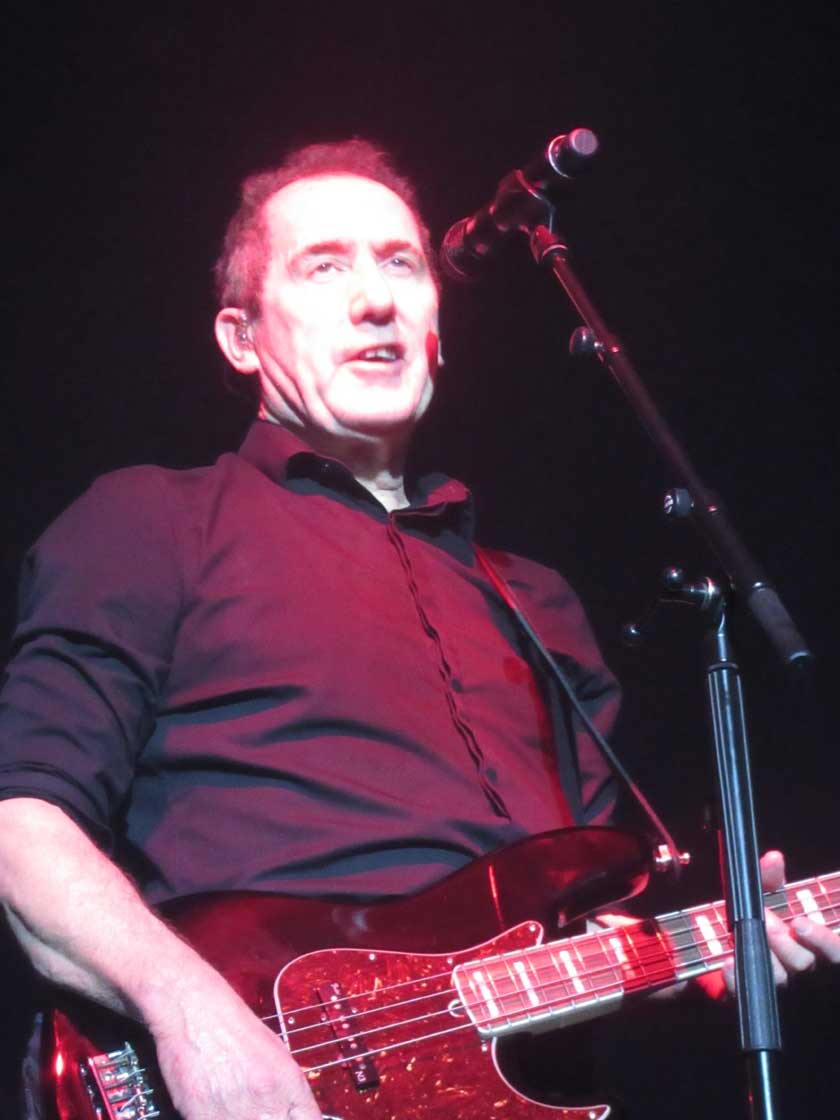 From every minute she enjoyed her first OMD gig and for me the last of this year.

As usual OMD ended their gig with Electricity.

After OMD had left,Ed came on stage and the Roadies.Ed handed over the big stage setlist to my daughter and I get my hands on a smaller one.

On the way out she was trying to talk with someone at the omd/Holygram stand,while I made a pic of Holygram and a fan.In a quick reaction I saw that the seller from Holygram gave her a free pin.proudly she showed it to me.

Although it was my oldest daughter her first concert (the only child at that gig) OMD made her evening and she couldn’t wish a better Saint Nicolas evening like this. 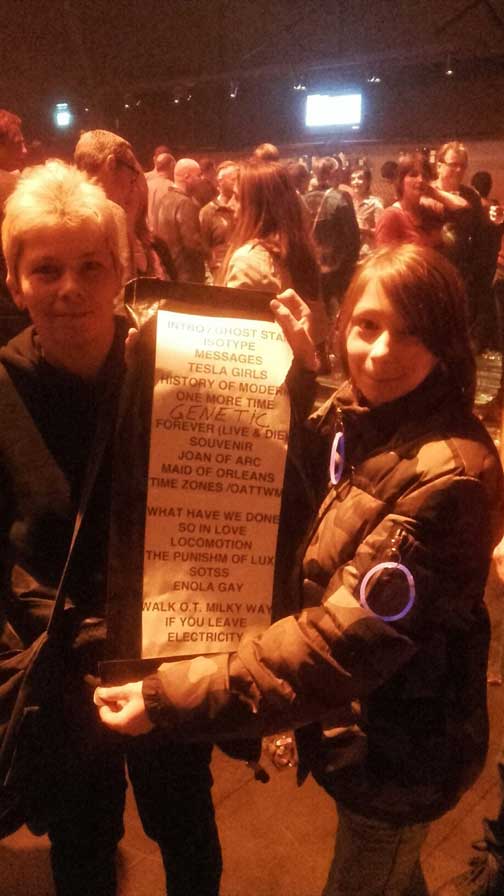 Thank you to Mariska Barnier Mac Gillavry for sending us this gig review.