On a surprisingly mild October night in Liverpool, something special is happening. Inside a fairly innocent-looking theatre, the atmosphere is tense and the audience becoming impatient as time gradually ticks on.

Then, the lights go down. A huge cheer erupts from the crowd as the stage is lit a luminous green and four figures emerge from the shadows. One takes his place behind the drum kit, two behind their keyboards either side of the stage, and one at the front of the stage behind a microphone. The shouts and cheers continue as the first plaintive notes of 'Ghost Star'- the penultimate track from OMD's new album 'The Punishment of Luxury' and reported favourite of lead singer Andy McCluskey- echo out into the Liverpool Empire Theatre.

And it's not long before the audience are on their feet and celebrating that fact with everything they've got. 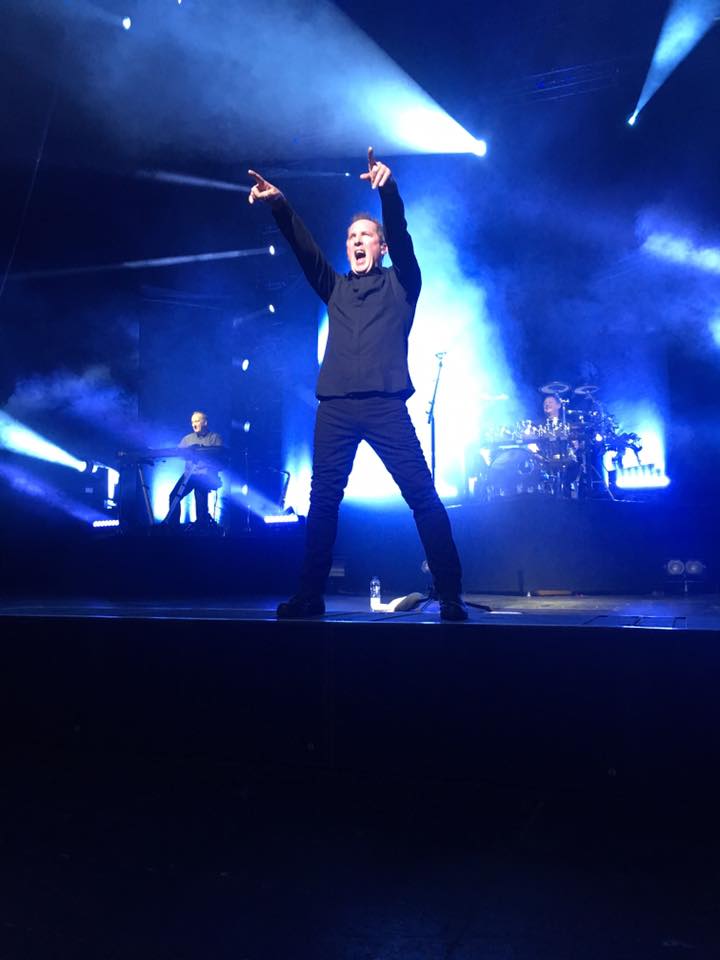 Armed with a hit-packed setlist, the band are on top form, the combination of it being a home gig (OMD were formed in the late '70s with all original members hailing from The Wirral and the surrounding area) and a relatively new tour perhaps spurring them on to give an even more energetic performance than usual. Not once do they let up, as tracks from the critically acclaimed new album ('What Have We Done', 'Isotype') slot seamlessly into the set along with old favourites ('Messages', 'Maid Of Orleans', 'Souvenir').

There are, of course, a few surprises for those hardcore OMD fans (by the dancing that was going on in the theatre, one assumes that that was the majority of members of the audience), such as 'Of All The Things We've Made', an album track taken from the 'fractured masterpiece' that was their 1983's 'Dazzle Ships'. As it finishes (again prompting a roar from the crowd) McCluskey gleefully grins- the twinkle in his eyes no doubt brought on by the sight and sound of an endlessly appreciative audience. 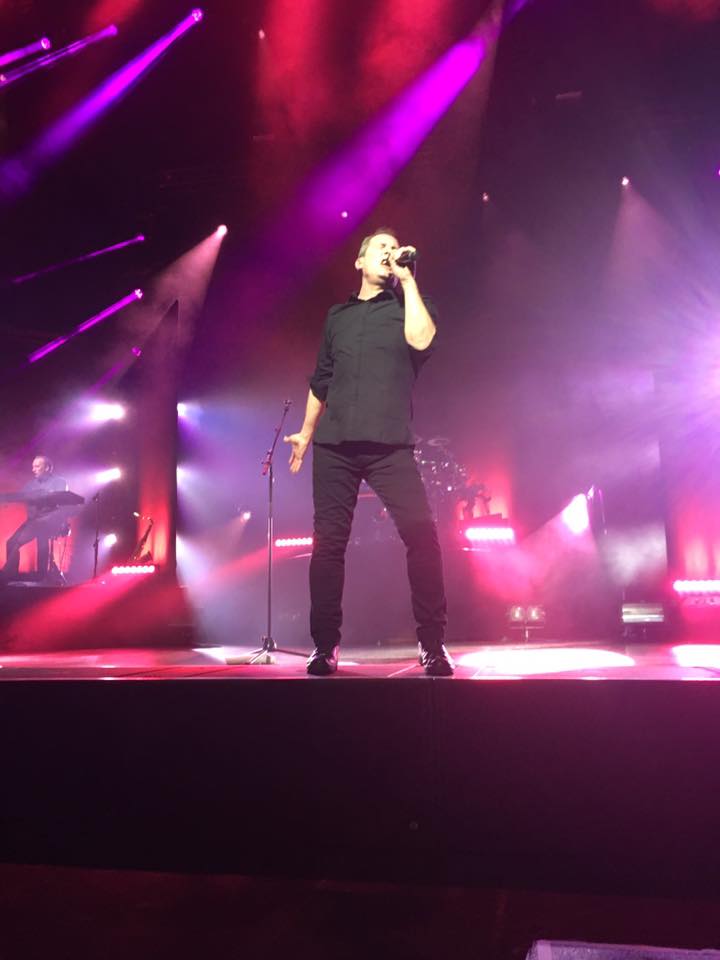 Speaking of the audience, another interesting thing that OMD have done on this tour is to allow the fans to decide one song on the set list

At each show, a banner is put up indicating the two or three songs to choose from, along with a password so that, in order to make it fair, only those fans who are in attendance of that particular show are able to vote. For Liverpool, the choices were between 'Genetic Engineering', 'Radio Waves' (both from the 'Dazzle Ships' album) and 'She's Leaving' (from 1981's classic 'Architecture and Morality'). Rather unsurprisingly for a home gig, the latter wins, and is performed with sufficient power and emotion to make me forget about being a little sad that the song I voted for didn't win. 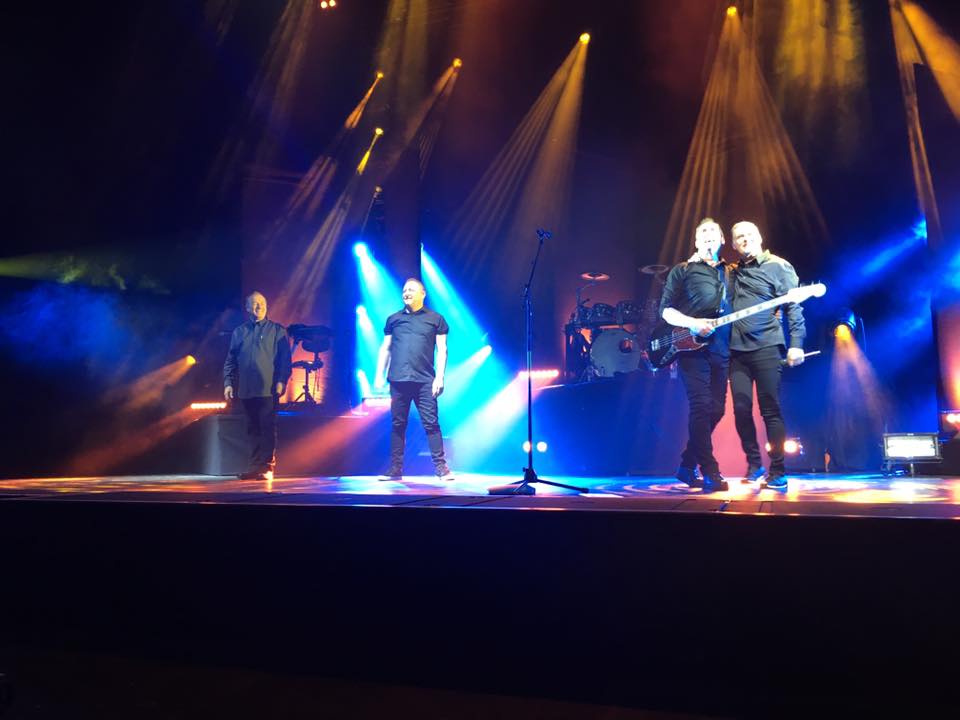 In fact, the whole gig is nothing less than an emotional rollercoaster. I have no doubt that in between 'windmill' dancing, cheering until our throats are hoarse and jumping up and down on McCluskey's command, I am not the only member of the audience with tears of joy in my eyes. 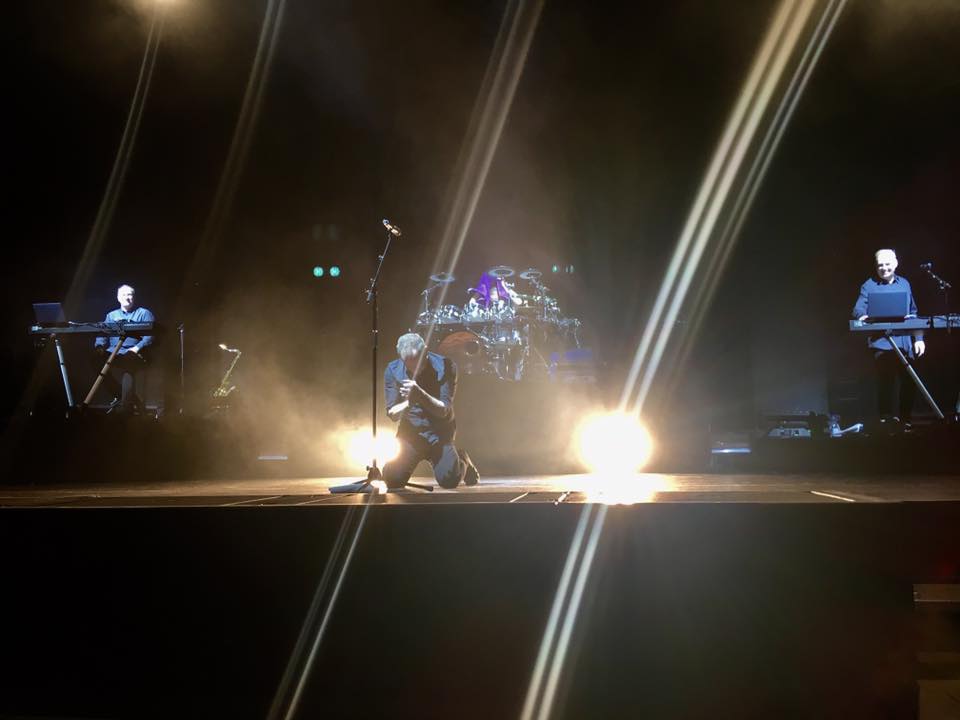 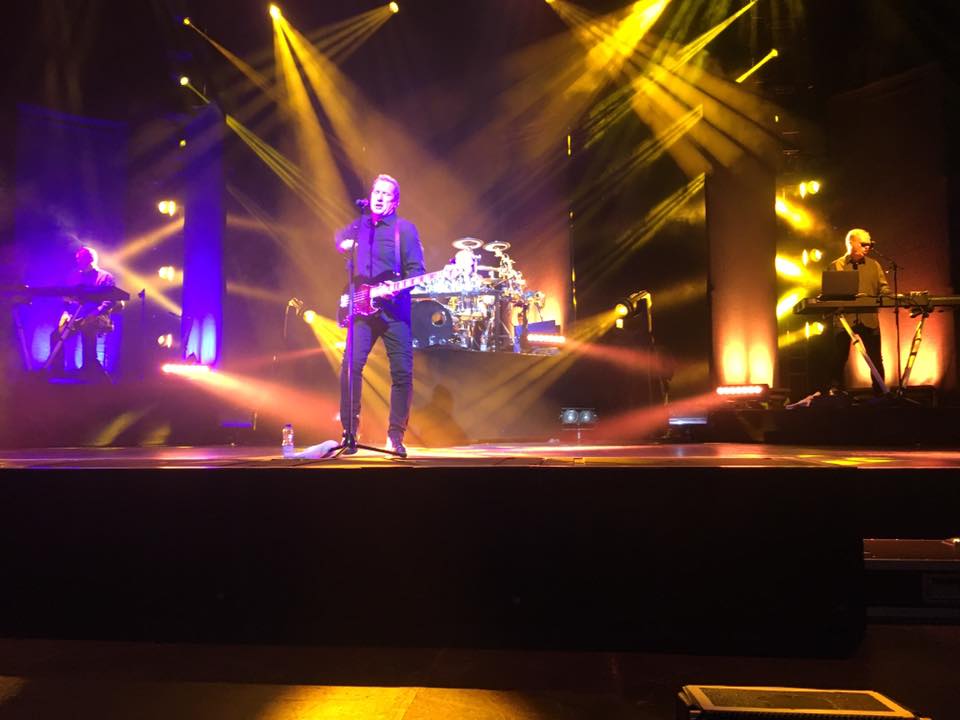