The sense of anticipation inside the venue is almost palpable as the time ticks ever nearer to 9pm. Once the house lights go down and the opening bars of Art Eats Art/ La Mitrailleuse are played, the audience begin to cheer as the band members emerge from the wings. OMD are back in Nottingham!

They break us in gently with the rather lovely Ghost Star and I for one am itching to get to my feet. Enthusiastic applause for this new song leads the way to Isotype and I stand up, ready to dance. By the end of the song almost everyone is up and clapping along. There are no signs of the tonsillitis Andy has been said to be suffering from, and he and the band are definitely on top form tonight. Although the tour is essentially to promote the latest album, The Punishment of Luxury, the set is peppered with old favourites and a couple of surprises to keep us on our toes.

Crowd-pleasers such as Messages and Tesla Girls get everyone dancing, a fact that clearly delights Andy as he warns us there will be no let up! As usual his own unique dancing style is on show, the energy and enthusiasm putting many younger front men to shame. This is never more evident than in Maid of Orleans which builds to a crescendo taking the audience along for the ride. This was the highlight for me, not only as it’s my personal favourite but because of the almost never ending applause and whoops of joy and the evident delight and gratitude of the band. It was an incredibly special thing to witness and I doubt I was the only one feeling emotional. I will never forget it.. 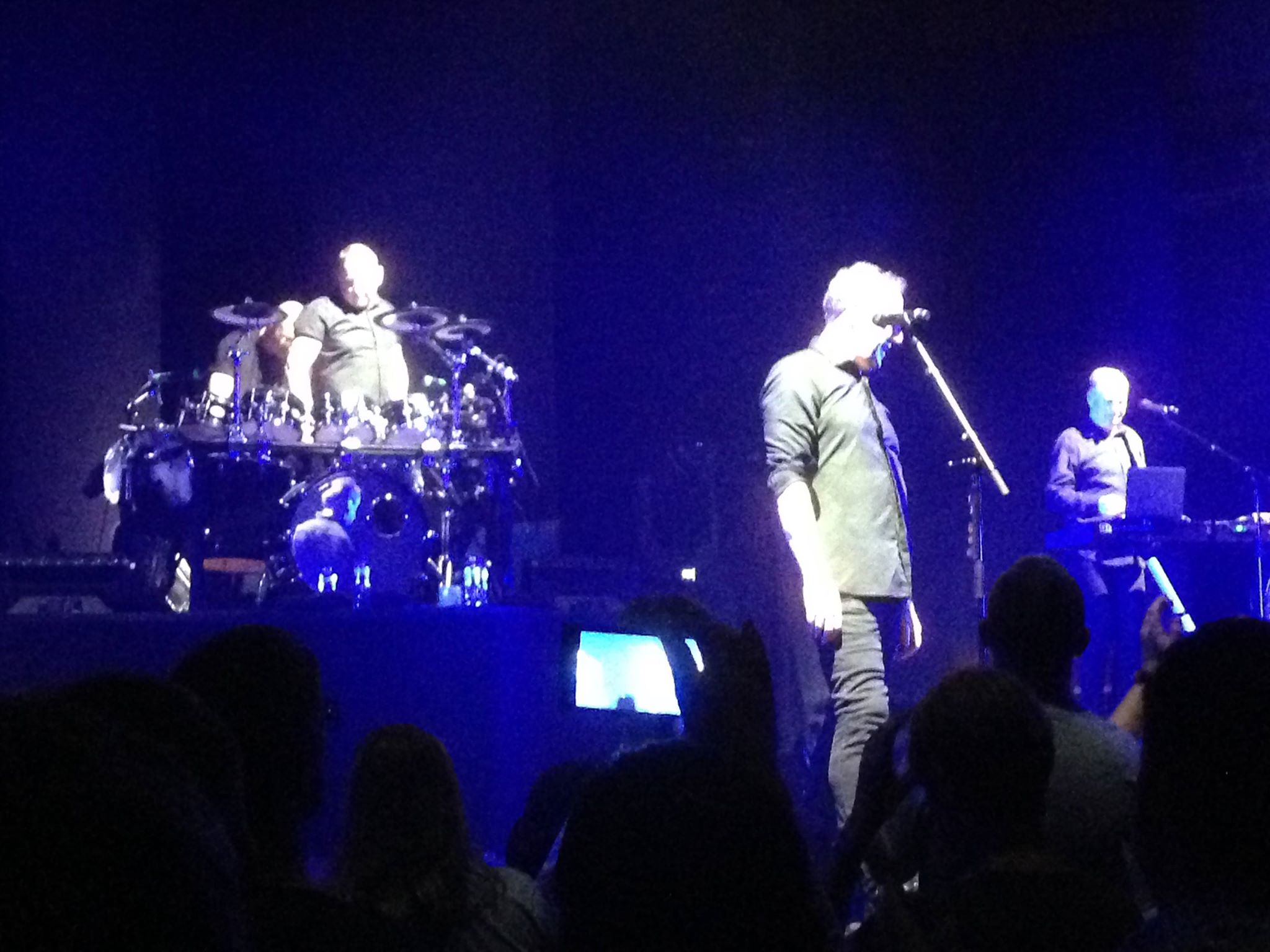 The fan vote on the night was for She’s Leaving, from their 1981 album Architecture and Morality which has been described as their “seminal work ”. It received rapturous applause, as did  the wonderfully understated performance of Of All The Things We’ve Made which saw the band members lined up stage front under individual spotlights. The brief hiatus afforded to us by this and another new song, What Have We Done, gives way to five more up tempo numbers culminating in a storming version of Enola Gay which marks the end of the main set.

The audience clap and cheer wildly as the band soak up the applause, thanking us before leaving the stage. This continues until they return shortly after, giving us two more songs before Andy declares they couldn’t leave without playing their oldest song!

Despite being released in 1979 it never sounds dated and it was a fitting end to an incredible evening.

The audience would clearly have stayed on far longer but all good things must come to an end. I have seen OMD many times in the 80’s and 90’s and this was without a doubt their best performance. Their energy, enthusiasm, stagecraft, musicianship and love for what they do made this a truly memorable evening and I for one can’t wait for the chance to do it all again…. 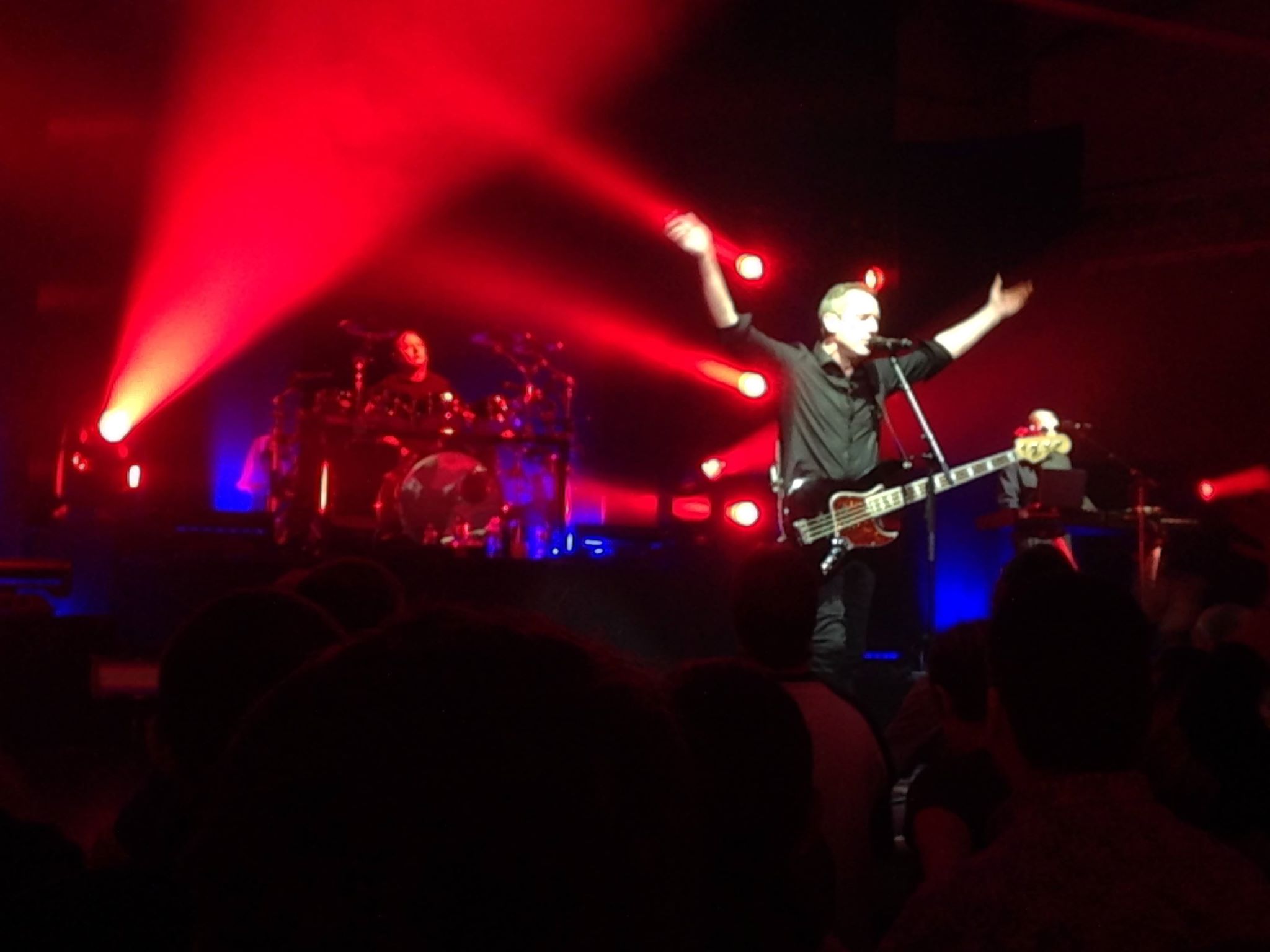